Over 50 years of
legal experience

Over 50 years of
legal experience

When it comes to personal injury claims, having an experienced attorney on your side can make all the difference in the outcome of your case. We bring a wealth of skill and knowledge to the table when we are fighting for your rights.

Our results speak for themselves. Both in our verdicts & settlements and in the way our clients talk about their experiences. We work tirelessly to maximize the amount of recovery in your personal injury accident case.

Never a fee unless we
win your injury case

Never a fee unless we
win your injury case

At MacGillis Wiemer, LLC, we recognize that sustaining a personal injury can be a tremendous financial burden. We take cases on a contingency fee basis. This means you owe us nothing unless we recover on your behalf.

We pride ourselves in
keeping you informed

We pride ourselves in
keeping you informed

At our firm, communication is KEY. We understand that it is important to keep you up to date on the process and the progress of your case. Our attorneys and staff work diligently to make sure that you are always kept well informed.

Solving your legal problems in Wisconsin

Let us protect you. As successful transactional and trial attorneys, our firm’s lawyers can offer clients the guidance they need in a variety of legal areas. We offer candid and frank legal advice so clients can make informed and educated decisions about their case or planning needs, and we always discuss whether litigation is the best available option for protecting their rights. With our guidance and expertise, you can rest assured knowing you are in the right hands.

Car accidents are commonplace occurrences in the United States. While many of these accidents will leave their victims unscathed, millions of others are not often so lucky. The National Safety Council in a 2019 survey, estimated that 38,800 people died in car crashes in 2019 and about 4.4 million people sustained serious injuries.

Most car accidents are caused by the actions or inactions of drivers on the road. As a road user, you have a duty to drive on the road in a reasonably safe manner – as do other drivers. Unfortunately, not every driver takes this duty seriously. The unavoidable result of this is the occurrence of car accidents on the road.

Injuries sustained in car accidents can range from slight to severe, life-altering, or even death. If you or your loved one suffered injuries or wrongful death as a result of a car accident, you may be entitled to file a claim for compensation. A Hartford car accident attorney at MacGillis Wiemer, LLC can help you get the compensation you deserve. Reach out to us today and let’s get started on getting you the redress you deserve.

Car accidents can be caused by any number of reasons. The major cause, however, is human error in the form of negligence and it is manifested in the following ways:
Driving while distracted: Driving while texting, talking on the phone, reading, or even eating.

At MacGillis Wiemer, LLC, our attorneys are experienced in litigation and know how to win car accident cases. We can advise on the best options available to you for recovering compensation and how to proceed. Call us today.

Learn more about our firm

“I was impressed by the amount of effort and work...”

I was involved in a vehicle accident. The other parties' insurance company tried to pin the fault on me knowing the other driver was at fault. The vehicle accident had permanently scarred me for life. MacGillis Wiemer, LLC was highly recommended by a coworker, so I decided to hire him. I am glad I did. I was impressed by the amount of effort and work he put into my case...

“Working with Chris was nothing short of fantastic.”

I hired Chris for a personal injury case. Working with Chris was nothing short of fantastic. He had a very poised professional demeanor during cross-examinations and mediation. Chris was tenacious and detailed in building my case and kept me informed every step of the way. He and his office were always available for any of my questions...

"[Puts] the best interest of his clients and their kids first."

Attorney Graham Wiemer has represented me on more than one occasion regarding issues with placement and child support, post-divorce. While dealing with my unpredictable ex-husband and his distasteful attorney, Graham remained confident and professional. Graham makes his clients feel comfortable while putting the best interest of his clients and their kids first.

“...did a excellent job throughout the case”

I hired Chris to represent me on a personal injury case from a vehicle accident. Chris did an excellent job throughout the case by keeping me informed throughout the process with phone calls, email, and mail. If I had questions Chris always returned my phone calls and answered my questions. I would absolutely hire attorney MacGillis to represent me in another case...

“You will not be disappointed!”

Chris ALWAYS had my back and truly NEVER gave up even when there were many times I wanted to. He truly cares. With much knowledge and perseverance over the last 4 years, we WON. My husband and I don't have enough words to express how thankful we are to Chris, his team, and especially his paralegal, Virginia. I wouldn't recommend anyone but Christopher MacGillis...

“They exceeded my expectations!”

I met with Chris for my initial consultation reference a personal injury vehicle crash. I was injured on duty after being struck by an intoxicated driver. Chris treated me like a family member. I knew Chris had my best interest in mind throughout the entire process. Chris and his staff were timely, reassuring, and very professional. I would highly recommend them! Great team to work with!

MacGillis Wiemer, LLC, dedicates itself to protecting the rights of people throughout the Hartford, Wisconsin, area. Our attorneys hold more than a decade of experience representing clients who are heavily burdened with difficult decisions to make in some of the most significant areas of their lives, including family, work, and health.

Our law firm is deeply invested in our clients and firmly believes that no one should have to make life-changing decisions alone. Families, workers, and those injured by careless acts of others: MacGillis Wiemer LLC takes pride in representing the people of Wisconsin when their backs are against the wall. Throughout the state of Wisconsin, people have relied on us to protect their rights, defend their families, and advocate for what they deserve.

The statute of limitations for filing a car accident claim in Hartford, Wisconsin is three years. You must file your claim within three years or risk having your claim dismissed. Seek the help of a Hartford car accident attorney as soon as you can and get started on getting redress for your injuries.

The Comparative negligence law states that when a car accident occurs, liability is determined by the degree of fault that each person bears. Consider the following scenario: Ben is driving down Independence Avenue to link the County Highway. Morgan is driving down the highway and moving at a high rate of speed. As Ben was approaching the highway, his phone rang and he took his eyes off the road to pick the call. Unknown to him, he had nosed his way onto the highway.

Morgan, coming at high speed, did not have enough time to hit the brakes. He hit Ben on the driver’s side and Ben suffered some serious injuries. Morgan, on the other hand, escaped without a scratch because the airbag deployed.

The Reality of a Car Accident

In the scenario painted above, both drivers were at fault – Ben, for driving while distracted, and, Morgan, for driving at excessive speeds. Under comparative negligence, the jury will calculate how much of the blame is Ben’s and how much is Morgan’s. If Ben is found to be more than 50% at fault, he will not be compensated for his personal injuries. If he is found to be less than 50% at fault, the percentage of fault that is Ben’s will be deducted from the compensation he will be awarded. Thus, if the jury awards Ben $100,000 in compensation and he is found to be 25% at fault, he will get $75,000.

At MacGillis Weimer, LLC, we don’t just work in the community. We also have made Hartford and the surrounding areas our home. The people and businesses that make up our communities are vitally important to us. That is why we are pleased to give back. Check out our community page to see some of the foundations and organizations that we are proud to support and be a part of. 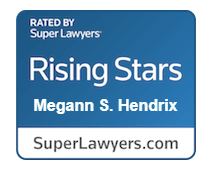